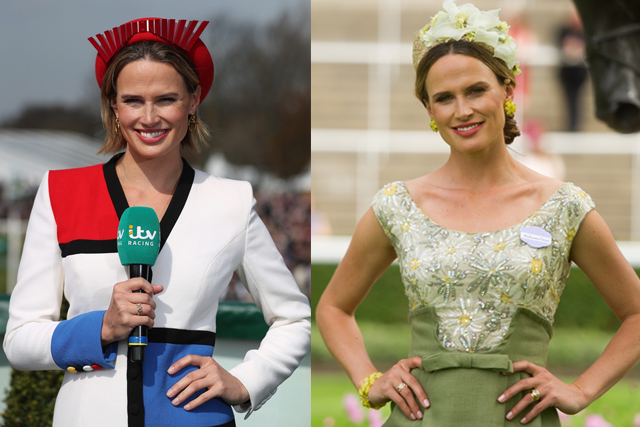 Back in October 2009, DSEG was approached by respected thoroughbred owner, Terry Henderson to assist a young, 20-something English lass, Francesca Cumani to manage her media work while she was in Australia.

Having first ventured to Melbourne’s Spring Racing Carnival in 2006, and then again in 2007 with Purple Moon, Francesca was back in Australia in 2008 as the strapper and track work rider for her father, Luca’s Melbourne Cup entries, Bauer and Mad Rush. As the sole representative of the horses in Australia in the weeks leading up to the race, Francesca was thrust into the media spotlight with daily media scrums wanting to know how the horses had settled in quarantine, what she thought of their chances and every other question reporters could throw at her.

In the Cup, Bauer was beaten into second place by the shortest possible margin (in fact he clocked a faster time than the winner) and Francesca was once again in the spotlight post-race with the cameras firmly focussed on the Cumani family and their reactions to the agonising wait for the photo finish and the ultimate disappointment of being beaten by a whisker.

The following year, recognising a potential star in the making, Channel 7’s Andy Kay offered Francesca an on-screen role as part of Seven’s 2009 Melbourne Cup Carnival telecast. At the same time, DSEG was engaged by Francesca, initially to guide her through that Spring but with a broader role to play post-Carnival.

Although at the time Francesca had no designs on making the media a full-time career, it was quickly apparent to DSEG that she could be a superstar. It was at that point that DSEG began working with Francesca to create and implement a long-term, strategic approach to developing her skills and secure opportunities on the global stage that would ultimately lead to Francesca becoming an industry leader.

DSEG’s steadfast determination for Francesca to be recognised for her skill as an expert racing commentator and not as a ‘pretty girl in a frock’ was at the forefront of developing Francesca’s brand. As a result, her skills were honed not only on her annual visits to Melbourne for Channel 7 under the tutelage of industry icon Bruce McAvaney, but also through extensive media training provided through DSEG’s best-of-breed partners, helping Francesca develop a broader understanding of the media and the unique requirements for on-screen talent.

Extensive international experience followed with DSEG securing hosting roles for Francesca on CNN’s Winning Post and Espanol’s Al Galope, as well as appearing on the Dubai Sports Channel and writing for multiple news outlets in the role of international racing analyst.

This global approach to broadening Francesca’s skills, exposure and brand, has now culminated in Francesca co-hosting ITV’s racing telecast across the UK as well as hosting Ten’s coverage of the Melbourne Cup Carnival (after a decade with Seven) – both amazing and prestigious roles.

The irony now is that approaches from highly regarded publications such as Vogue and GALLOP wishing to secure Francesca for fashion-skewed content, do not detract from the brand that together we have worked so hard to build and protect. In fact, they help build more layers to her brand – something that could only happen when the building blocks of Francesca’s career were already well established.

Francesca’s story showcases how talent, dedication and commitment to improve, combined with clear direction and advice, can shape a career. With Francesca’s hard work and DSEG’s guidance, her brand has developed over a period of a decade from a young horsewoman chaperoning Melbourne Cup hopefuls, into a global media celebrity.