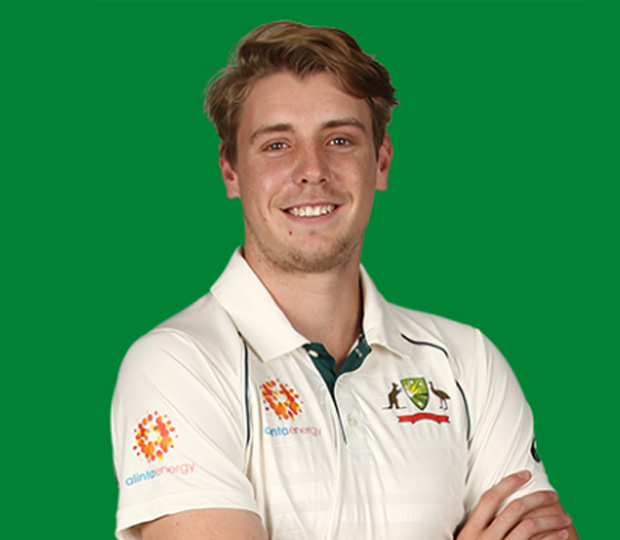 Cameron Green is one of cricket’s brightest all-rounder prospects. He made his List A debut for Cricket Australia XI against Pakistan during their tour of Australia in January 2017 and his first-class debut for Western Australia in February 2017.

Selected in the Sheffield Shield Team of the Year for seasons 2019/20 and 2020/21, Cameron and the great Doug Walters are the only two players in Shield history to have scored three centuries and have two five-wicket hauls before turning 21.

First selected for Australia In the summer of 2020/21, Cameron has quickly established that he has the ability and temperament to compete at the top level of his sport.

A rising star who will continue to work hard to achieve his dreams, Cameron is represented by DSEG across the full range of his rights.