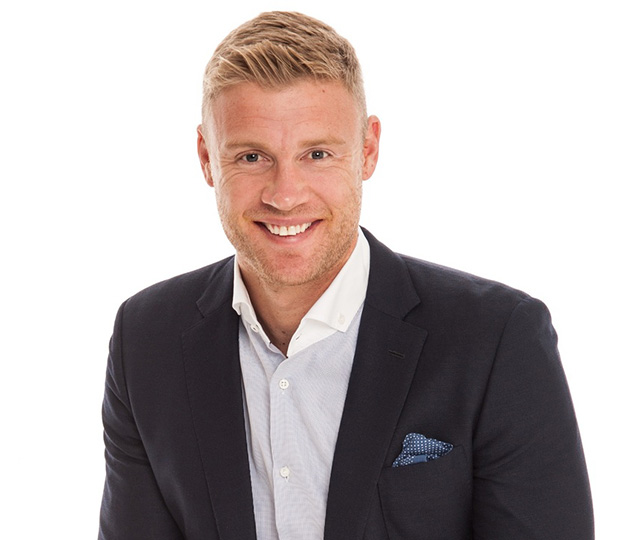 Andrew Flintoff MBE is one of England’s most celebrated cricketers. A competitive all-rounder, ‘Freddie’ made his international debut in 1998, yet his biggest impact came in 2005 where he played a crucial role in regaining the Ashes from Australia.

Since his international retirement in 2010, Freddie has developed an impressive career media career in UK and abroad. In March 2015, Freddie was crowned the ‘King of the Jungle’ in the first series of the Australian version of I’m A Celebrity Get Me Out Of Here.

Bowled over by the support of the Australian public, Freddie returned in November 2015 to reprise his role with Network Ten as a commentator on the highly successful Big Bash League. Freddie also appeared as a regular panellist on Ten’s current affairs program, The Project.

His role on the first three seasons of Nine Network’s ratings hit, Australian Ninja Warrior, was also widely acclaimed. The huge success of ‘Ninja’ is further evidence of Freddie’s appeal to Australian audiences.

Now featuring as a presenter on the iconic Top Gear program in the UK, Freddie’s post-cricket career is going from strength to strength.

Freddie can add significant value to a business through his highly recognisable status and engaging personality, which makes him an ideal brand ambassador. Freddie also has a strong social media following, with over two million Twitter followers to assist companies targeting a wide audience.

Freddie is represented in Australia by DSEG.